Male-biased sex ratios have been observed in multiple small-scale societies. Although intentional and systematic female-biased mortality has been posited as an explanation, there is often a lack of ethnographic evidence of systematic female neglect and/or infanticide. The Agta, a foraging population from the Philippines, have a skewed sex ratio of 1.29 (129 males per 100 females) aged 15 years or under. We hypothesised that this skew was not caused by greater female deaths, but due to an adaptive response, where more males were produced at birth in reaction to high male-biased extrinsic mortality. To test this hypothesis we utilise census, childcare and mortality data from 915 Agta. The Agta’s sex ratio is significantly male-biased in the <1 (n = 48, 2:1) and 1–5 year (n = 170, 1.39:1) age cohorts; however, we find no evidence of systematic female neglect in patterns of childcare. Furthermore, the sex ratio decreases over cohorts, becoming balanced by the end of the juvenile period, owing to significantly higher male mortality. Taken together, these results are not supportive of female infanticide or neglect, and instead suggest an adaptive mechanism, acting in utero as a response to male-biased juvenile mortality, following Fisherian principles of equalising parental investment. 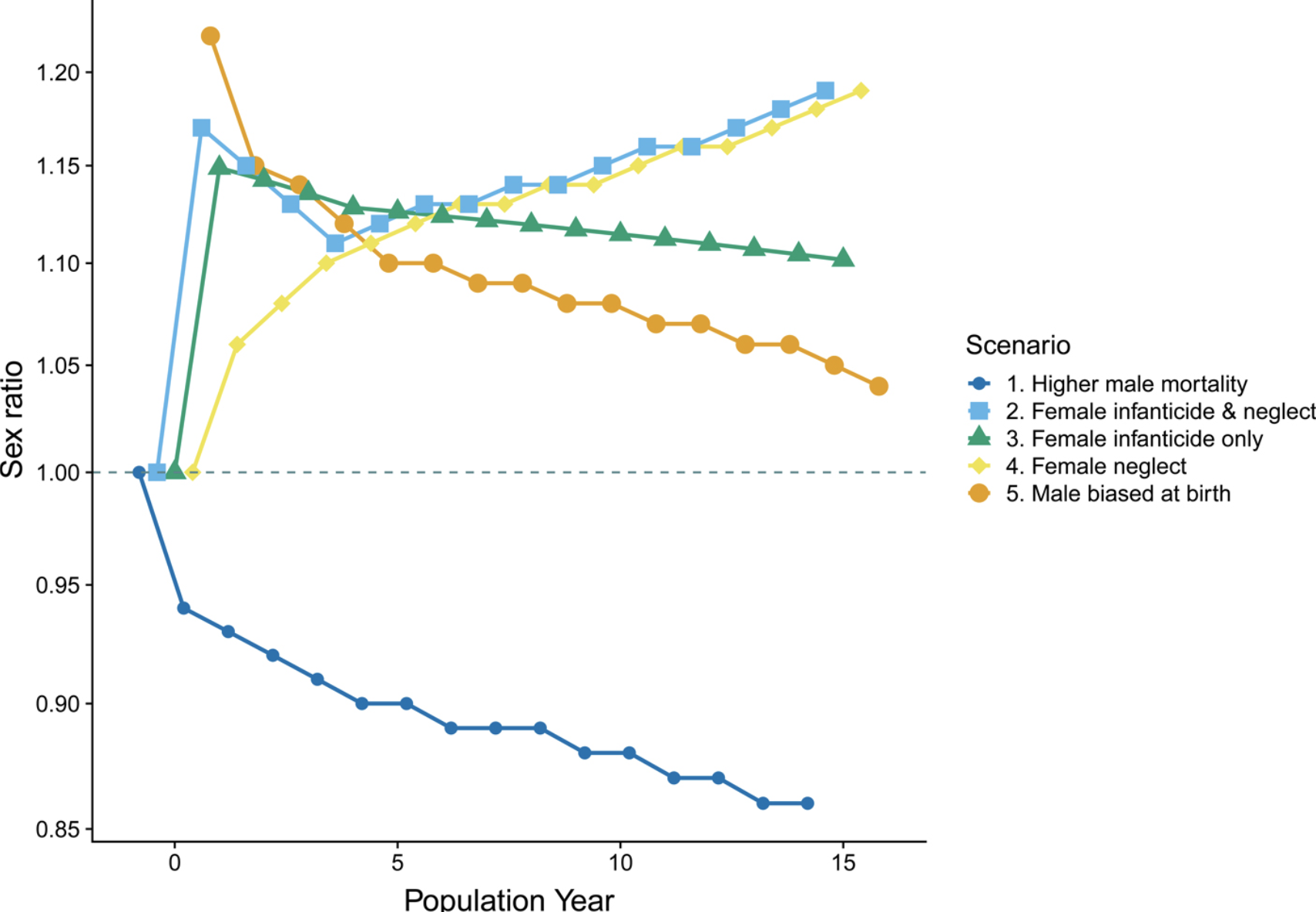