Individuals’ centrality in their social network (who they and their social ties are connected to) has been associated with fertility, longevity, disease and information transmission in a range of taxa. Here, we present the first exploration in humans of the relationship between reproductive success and different measures of network centrality of 39 Agta and 38 BaYaka mothers. We collected three-meter contact (‘proximity’) networks and reproductive histories to test the prediction that individual centrality is positively associated with reproductive fitness (number of living offspring). Rather than direct social ties influencing reproductive success, mothers with greater indirect centrality (i.e. centrality determined by second and third degree ties) produced significantly more living offspring. However, indirect centrality is also correlated with sickness in the Agta, suggesting a trade-off. In complex social species, the optimisation of individuals’ network position has important ramifications for fitness, potentially due to easy access to different parts of the network, facilitating cooperation and social influence in unpredictable ecologies. 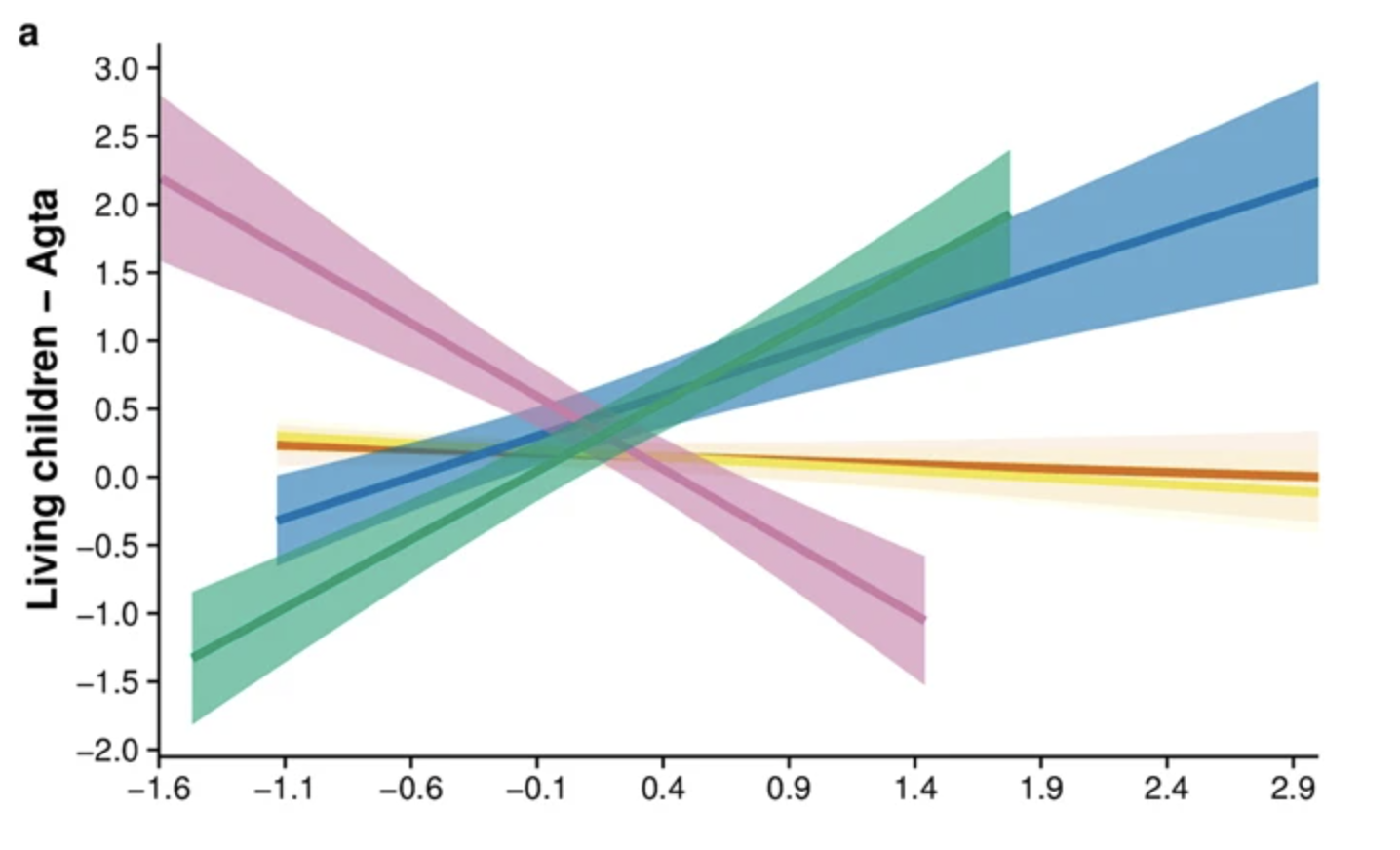