The Neolithic demographic transition remains a paradox, because it is associated with both higher rates of population growth and increased morbidity and mortality rates. Here we reconcile the conflicting evidence by proposing that the spread of agriculture involved a life history quality–quantity trade-off whereby mothers traded offspring survival for increased fertility, achieving greater reproductive success despite deteriorating health. We test this hypothesis by investigating fertility, mortality, health, and overall reproductive success in Agta hunter-gatherers whose camps exhibit variable levels of sedentarization, mobility, and involvement in agricultural activities. We conducted blood composition tests in 345 Agta and found that viral and helminthic infections as well as child mortality rates were significantly increased with sedentarization. Nonetheless, both age-controlled fertility and overall reproductive success were positively affected by sedentarization and participation in cultivation. Thus, we provide the first empirical evidence, to our knowledge, of an adaptive mechanism in foragers that reconciles the decline in health and child survival with the observed demographic expansion during the Neolithic. 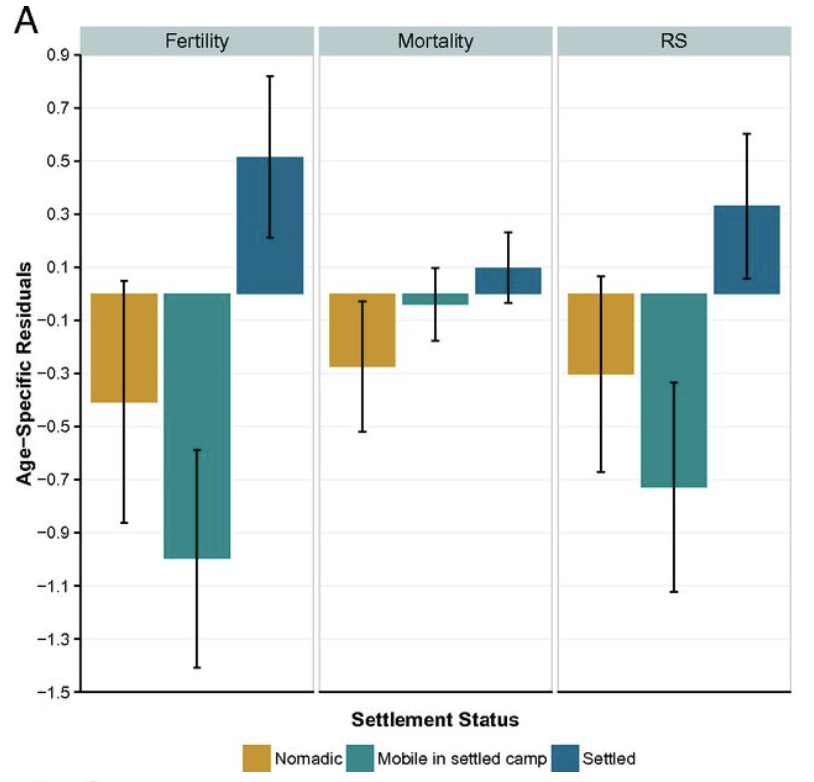