The occurrence of polygynous marriage in hunter–gatherer societies, which do not accumulate wealth, remains largely unexplored since resource availability is dependent on male hunting capacity and limited by the lack of storage. Hunter–gatherer societies offer the greatest insight in to human evolution since they represent the majority of our species' evolutionary history. In order to elucidate the evolution of hunter–gatherer polygyny, we study marriage patterns of BaYaka Pygmies. We investigate (i) rates of polygyny among BaYaka hunter–gatherers; (ii) whether polygyny confers a fitness benefit to BaYaka men; (iii) in the absence of wealth inequalities, what are the alternative explanations for polygyny among the BaYaka. To understand the latter, we explore differences in phenotypic quality (height and strength), and social capital (popularity in gift games). We find polygynous men have increased reproductive fitness; and that social capital and popularity but not phenotypic quality might have been important mechanisms by which some male hunter–gatherers sustained polygynous marriages before the onset of agriculture and wealth accumulation. 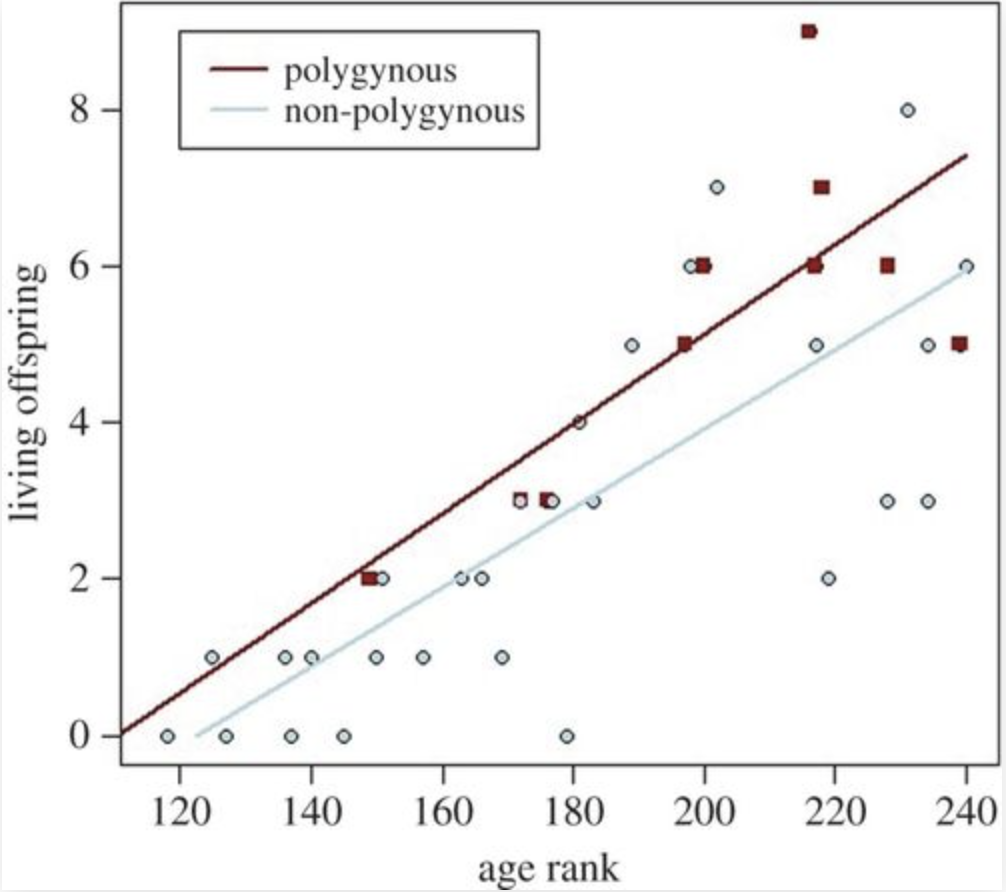